Every week I share one of my favorite quotes with my team as a look-back on the week and a little inspirational push into the weekend. This week I shared the following short one:

“The simple act of caring is heroic.” —Edward Albert

Business as usual does not exist now — for anyone, and a little extra empathy and caring goes a long way. Keep it up everyone!

We are bombarded with messages every day from brands, employers, clients, friends, and family members. With so much coming our way through our screens, it’s understandable that we begin to tune out the noise—anything that we don’t deem worthy of our attention. Yet attention is what you need when you want to teach, motive, or persuade.

But you won’t earn anyone’s full attention if you’re not willing to give them yours.

Here are 6 tips to help:

Anything else we should add to this list? Tell me in the comments.

Photo by freestocks.org on Unsplash 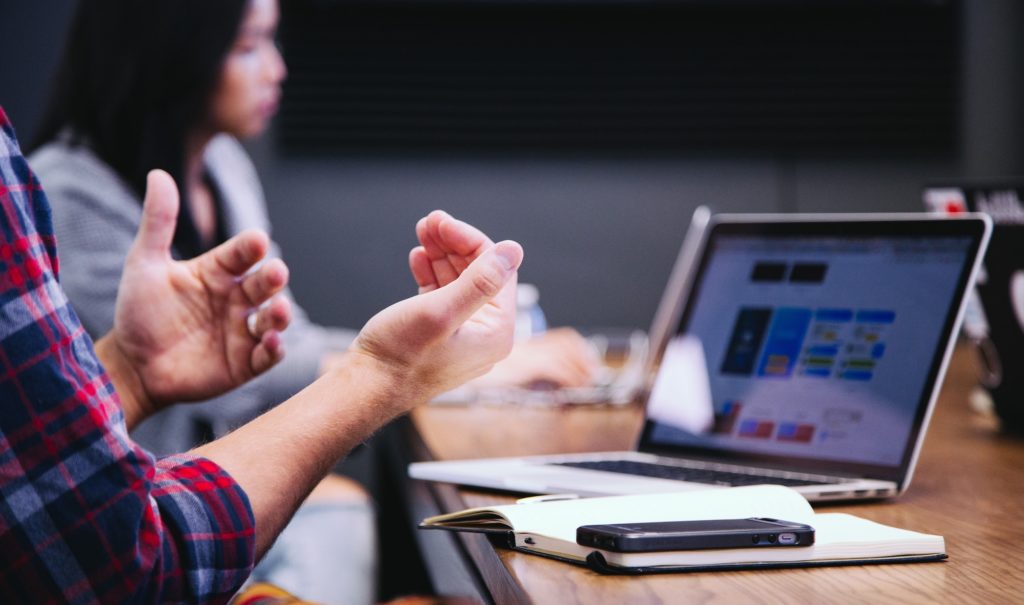 When we feel we aren’t being heard, a common reaction is to talk louder. Or interrupt. And if you’re an introvert, you might lean the other way and keep your comments to yourself instead of trying to share them with those who need to hear them.

Your voice counts. Considering how your brain operates in certain situations as well as how the specific people you communicate with listen and process information will help you be heard, and more importantly, understood.

Here are some tips:

And don’t forget, most people never get thanked for the good work they do—and it means a lot when they do. Thank people for contributing and validate when you hear something that contributes to the conversation.

Photo by Headway on Unsplash 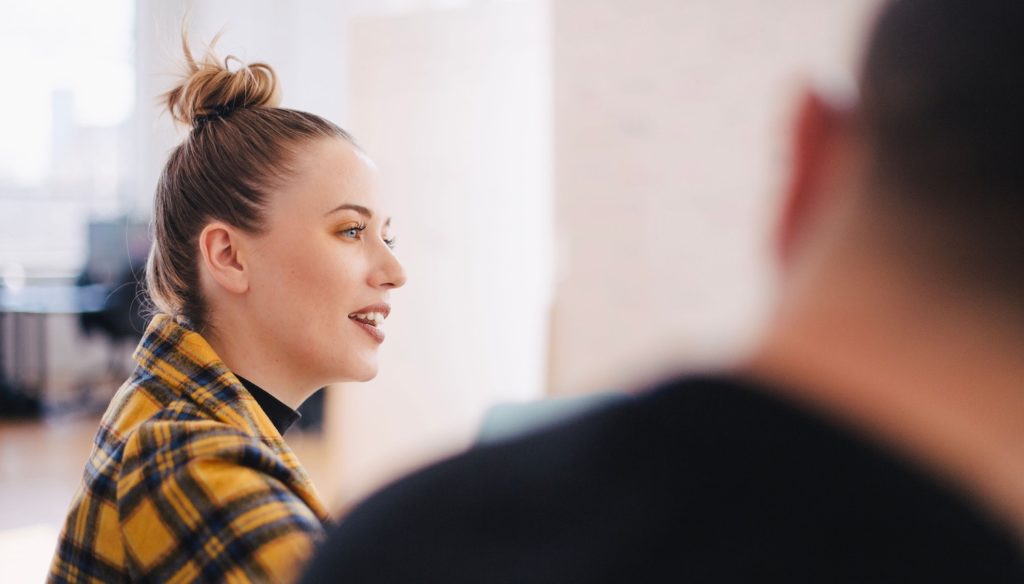 What’s not said is sometimes more powerful than what is said. Some experts even suggest that nonverbal communication represents nearly two thirds of all communications. That’s a lot of messages that are largely available to your eyes (not to mention your other 4 senses).

That’s why I prefer to meet with people in person or through videoconference whenever possible. I am more effective at listening when I can see the people I’m speaking with. Their nonverbal communications give me much more insight into what I’m hearing and I can read more deeply into what is being said — which often gives me a better sense of where it’s coming from. And when I can see how they are reacting to what I’m saying, I can tailor my communications in real time to connect with them on a deeper level.

Think about a recent conversation you’ve had with someone through emails or text messages where the outcome wasn’t what you wanted or expected. Then think about how that conversation would have been different if you could have heard the other person’s voice or seen his or her facial expressions and body language.

Considering the value of nonverbal communication going forward will help you determine when a face-to-face meeting is in your favor.

Photo by You X Ventures on Unsplash

A few weeks ago I had lunch with a colleague, who is also a friend. It happened to be on a day when I was feeling a bit frustrated over a few things, but I was trying to stay positive so our lunch would be fun (like it usually is when we get together).

She could tell something wasn’t right with me, and she opened the door to let me air my frustrations. I did (but reluctantly because I didn’t want to be a downer)—and then she felt comfortable doing the same.

The result was that we had a brutally honest conversation with each other, which helped us be brutally honest with ourselves. In less than an hour, we both walked away with more clarity on the issues we both faced, ideas for finding potential solutions, and a positive outlook that was energizing.

If you haven’t done it in a while, get away from your desk and have lunch with a trusted friend, colleague, or mentor. I highly recommend it.

Photo by Sander Dalhuisen on Unsplash 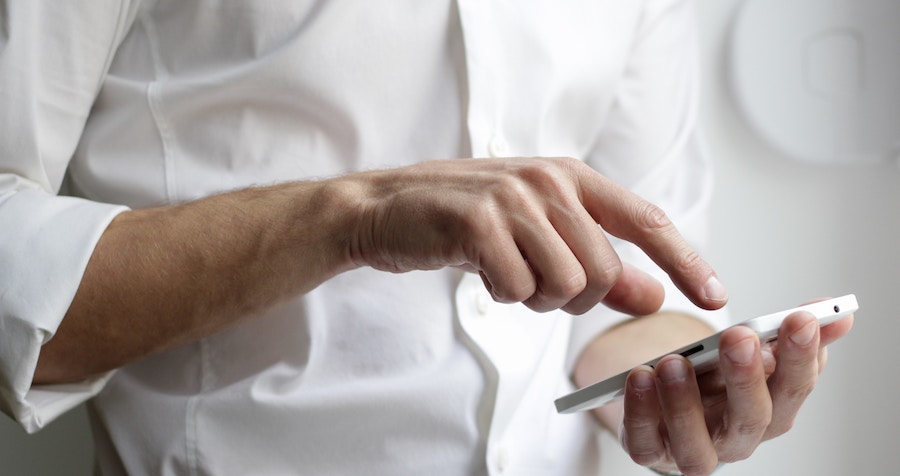 “I wish this conversation was as important as your phone.” That’s what I said to myself recently when a colleague kept looking at his phone with each buzz that came through during our 15-minute conversation. I was giving him what I thought was pretty valuable free advice, but I had to repeat myself so many times that I simply stopped being giving with my time and defaulted to meaningless chit-chat. I was annoyed, but then this experience did make me think about my own behavior.

My mobile phone usually sits face down beside me at home at the dinner table and lives in my pocket during meetings at work. Like almost everyone else, it’s nearly impossible not to look at it when it does that glorious ding or buzz that lets me know someone on the other end has something to say to me. At work, my excuse for having the phone with me at all times is to ensure I don’t miss a meeting (I live by my work calendar and its notifications).

I love my phone. I was one of those people you saw on TV back in 2007 waiting outside an Apple Store to ensure I got mine on launch day. However, I don’t like what all of these mobile screens have done to face-to-face communications. Last weekend, I observed a family of four at a restaurant (two parents, one late teen, and one early teen). They were all texting with others on their phones instead of talking with each other. (Maybe they were texting each other!) In business, I’ve had to pause meetings and sit and wait for clients to answer emails, calls, or texts on their phones before continuing our conversation. Are all of these interruptions really worthy of harpooning the momentum of a conversation with another human being who is in your presence?

Of course they aren’t. The rare emergency is understandable; the constant interruption is disrespectful. We can do better.

So, two months ago, I stopped bringing my phone to meetings and it’s been wonderful. I also leave it in another room when I have dinner at home. I was never the type who would take a call or respond to a message during a meeting or during dinner, but my phone would still buzz in my pocket taking my mind off of the conversation for a brief moment. That brief moment was enough to throw me off the path of what I was saying or what someone else was sharing. Without the phone there, I’m fully present and not distracted.

Leave your phone behind during work meetings unless you’re expecting that rare, critical call. And when that’s the case, tell the people you’re with why your phone may need to trump your time with them. It’s a simple thing, but it will make people feel like you care about them more than the other person vying for your attention through your mobile device—one that likely doesn’t truly need an immediate response.

Photo by NordWood Themes on Unsplash 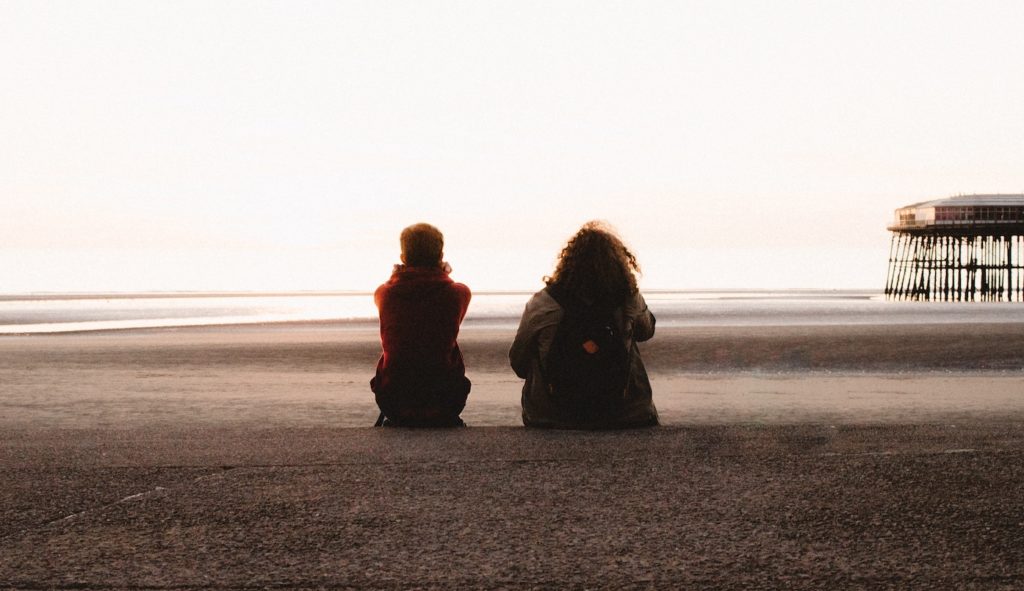 I’ve got some terrific mentors. I’m lucky. I think of two of them often, especially when I’m trying to be sure I listen well and avoid rushing others. And, as a creative person, it’s sometimes hard to stay in the moment and listen when the thing that someone else is saying is sparking a great idea in my head.

Focus on your coworker, client, partner, child, or parent today. Listen to what is said, and zoom in on the feelings behind the words. Make him or her feel like in that very moment and for as long as is needed to finish your conversation, there’s nothing else in the world that matters. Your full attention is a wonderful gift, and a powerful communications tool.

Photo by Luke Ellis-Craven on Unsplash 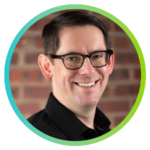 By day I lead a branding and creative agency called Imbue Creative, and in my spare time I like to blog about how good communication improves our lives. Learn more about me here…